Pompano Beach a city in Broward County, Florida, United States, along the coast of the Atlantic Ocean, just north of Fort Lauderdale. The nearby Hillsboro Inlet forms part of the Atlantic Intracoastal Waterway. As of 2019, the city's population is estimated to be 112,118.[10] Located 35 miles north of Miami, it is a principal city in the Miami-Fort Lauderdale-West Palm Beach metropolitan area, which was home to an estimated 6,158,824 people in 2017.

Pompano Beach is currently in the middle of a redevelopment process to revitalize its beachfront and historic downtown. The city has also been listed as one of the top real estate markets, being featured in CNN, Money and the Wall Street Journal as one of the country's top vacation home markets. Pompano Beach Airpark, located within the city, is the home of the Goodyear Blimp Spirit of Innovation.

Parkland is a city in northern Broward County, Florida. As of the 2010 census, the population of Parkland was 23,962. Parkland is part of the Miami metropolitan area, which was home to an estimated 6,012,331 people in 2015. 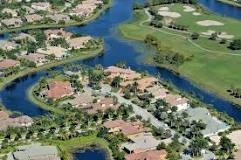 All listings featuring the BMLS logo are provided by Beaches MLS Inc. Copyright 2022 Beaches MLS. This information is not verified for authenticity or accuracy and is not guaranteed. © 2022 Beaches Multiple Listing Service, Inc. All rights reserved.
Fort Lauderdale listings last updated Jun 29, 2022 8:24:am.